While there appears to be overwhelming support to re-open South Carolina’s public schools this fall, the question of how to open them safely has become a contentious and highly political issue. Republican Gov. Henry McMaster this week said despite the growing pandemic in the state, schools must open, and that parents must be given the option of sending their children to school five days a week.

State Superintendent of Education Mollie Spearman, the three state teachers groups, the state school board association, and a number of democratic state lawmakers were critical of McMaster’s demand saying students should return to classrooms only when it’s safe, and the decision to open should be made by local school districts. 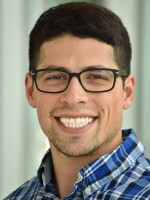 Vince Kolb-Lugo
Vince Kolb-Lugo received his Bachelor of Arts degree in English and Spanish from Florida State University, where he worked at WVFS, Tallahassee. He has traveled to Europe, Africa, South America, and stepped foot in Asia. Vince lived, worked, and traveled throughout Spain for a couple of years before moving back to the states.
See stories by Vince Kolb-Lugo