Australian Farmers Give Up In The Face Of Extreme Heat

Temperatures have been hitting record highs in Australia. And while the country has often had extreme heat and drought, scientists warn these events may become more frequent with climate change. And after years with little rain, many farmers in the country's southeast have decided to simply give up. Ashley Ahearn brings us this story from Victoria.

ASHLEY AHEARN, BYLINE: Andrew Hipwell looks down at his strong, weathered hands as his mind goes back to when the Millennium Drought took hold in the early 2000s.

AHEARN: Hipwell's from a long line of dairy farmers in the Murray River basin a few hours from Melbourne. A quarter of Australia's milk is produced here. And it's been one of the hardest hit by drought over the past two decades. As his pastures dried out and the grass died, Hipwell had to buy expensive hay and feed his cows constantly. There's one word he uses to describe the drought years - tired.

HIPWELL: Tired. It was so intense. Like, you'd get up, you'd milk, then it was a full day of feeding animals. You're a slave to your cows. You were just feeding, feeding, feeding.

AHEARN: As the drought wore on, the cost of water and feed soared. Then milk prices on the international market dropped, and Hipwell's profits disappeared. At one point, he did the math and calculated that he was losing $1,500 a day. Hipwell's story is a common one in this part of Australia as the dry conditions persist. Jenny Wilson is the CEO of Murray Dairy, the industry group that represents hundreds of dairy farmers in the region. Since the Millennium Drought began, 60 percent of the dairy farmers here have sold or gone out of business. And Wilson says they're losing 15 percent of the remaining farms each year.

AHEARN: Chris Howard is a rural financial counselor. He works for the state government trying to help farmers get back onto solid financial footing. In the past, Howard's helped farmers apply for loans, but after so many years of extreme weather, many farmers have racked up too much debt to borrow any more. Sometimes his best advice is to help his clients look at an exit plan. And that's been happening more often lately.

CHRIS HOWARD: For a number of people right at the moment, it's what is the least-worst decision?

AHEARN: Howard says that farmers in this region used to be skeptical about climate change.

HOWARD: I would certainly say now that the shift is that people accept that the frequency of drought and other fairly significant weather events is occurring at a rate that we haven't seen before. More farmers than before are accepting that.

AHEARN: Since the year 2000, the southeastern part of Australia has seen significantly less rainfall than historic averages. Many of Howard's clients understand that they need to change the way they do things, but implementing those changes cost money. And like the soil, that's long since dried up. A few years ago, Andrew Hipwell made the tough decision to sell off his dairy cows and take a desk job, but he held onto his land. He's an eternal optimist despite the dire situation he and many farmers are in.

AHEARN: Hipwell has a small herd of beef cattle now, which don't need as much water as dairy cows. And like other farmers in the area, he's shifted to growing drought-resistant crops just in case the rain patterns never return to what they once were. For NPR News, I'm Ashley Ahearn in Shepparton, Victoria. Transcript provided by NPR, Copyright NPR. 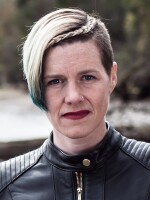